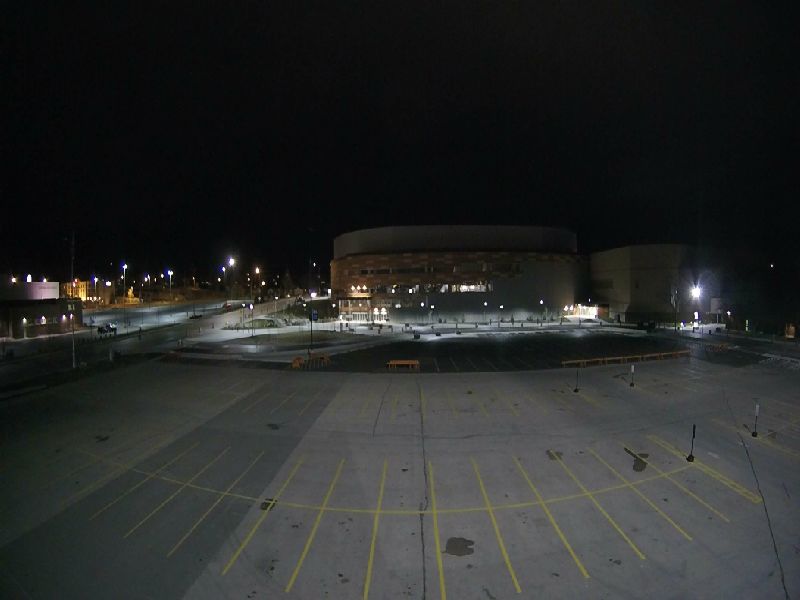 And the winner is...

Beginning in 2021, the Rushmore Plaza Civic Center will market under the new name of ‘The Monument’.  Naming rights for the Civic Center facility were awarded to the newly-branded Monument Health and announced Saturday by Civic Center Executive Director Craig Baltzer. Monument Health CEO Paulette Davidson unveiled the new name to a large crowd consisting of Monument employees, Rapid City residents, community and business leaders and officials.

“This naming rights agreement is a great win for all parties,” said Baltzer.  “Our mission has always been to provide Rapid City and Black Hills residents and visitors with a great, memorable and enriching experience. Where our patrons can enjoy a user-friendly facility for entertainment, concerts, plays, conventions, sporting events, and civic gatherings.  Monument Health continues to make a strong statement of commitment to Rapid City and the entire Black Hills Area.  And the name provides a strong, durable identity for the facility, including our new arena.  It seemed like a natural fit.”

“We are thrilled to have our new name associated with memories that will be created at The Monument,” said Paulette Davidson, Monument Health President and CEO. “The Rushmore Plaza Civic Center has long been known as a place to gather and experience sporting events, performances, the arts and more. We hope family and friends come together at The Monument to create memories that will be associated with our name.”

Here are the highlights:

*Monument Health and Rushmore Plaza Civic Center announce “The Monument” as the new name of the complex effective in 2021.

*Monument Health and Rushmore Plaza Civic Center plan to announce the name of the Expansion Arena and other venues later in 2020.

*The agreement gives Monument Health exclusive naming rights for the complex and its’ individual venues.

*Monument Health’s award of the naming rights of the Rushmore Plaza Civic Center comes at an exciting time for the organization.  Monument Health this week announced its name change from Regional Health and its membership into the Mayo Clinic Care Network.

*Monument Health was selected to receive naming rights after an extensive Request for Proposals (RFP) process that began in December of 2018.

*Monument Health was one of three respondents who submitted a proposal for naming rights.

*The contract will be presented for ratification at the next Civic Center Board meeting scheduled for November 26th.  It will be made public when it is included as attachment for that agenda later next week.

You're invited to the Groundbreaking Ceremony for the Rushmore Plaza Civic Center's new arena!

We are exitcited to share the next issue of our Amped Up newsletter with you!

This newsletter will be published regularly and will serve as a public update on our $130 million dollar expansion project.

This newsletter will be published regularly and will serve as a public update on our $130 million dollar expansion project.

We are exitcited to share the second issue of our Amped Up newsletter with you!

This newsletter will be published monthly and will serve as a public update on our $130 million dollar expansion project.

We are exitcited to share the first issue of our Amped Up newsletter with you!

This newsletter will be published monthly and will serve as a public update on our $130 million dollar expansion project.

(RAPID CITY, SD – November 12, 2019) – As construction draws near on the Rushmore Plaza Civic Center Expansion Project, changes are already taking place.  With perimeter fencing set to go up this week, the Rushmore Plaza Civic Center will be closing the south side (eastbound) sidewalk along North Street from Mt. Rushmore Road N to North 5th Street/Haines Avenue and the east side (northbound) sidewalk along Mt. Rushmore Rd N to North Street for an extended period of time during construction of the Expansion Arena.

A marked detour will be provided via the north side (westbound) sidewalk on North Street and the west side (southbound) sidewalk on Mt. Rushmore Rd. as shown below.   Pedestrians and cyclists are advised to stay alert and follow signage when traveling through this area.

(RAPID CITY, SD – May 24, 2019) –The design development phase of the Rushmore Plaza Civic Center Expansion Project has been completed and officials are providing a first look at the architectural rendering of the facility's exterior and providing information on specific features to the interior of the new arena facility.

The exterior design for the new arena is inspired by the history and natural environment of Rapid City and the surrounding Black Hills.  Features include rich red and copper tone finishes, punctuated by nodes of glass to highlight activity within, creating an iconic architectural image that will anchor a new era for entertainment in Rapid City.

The nearly 250,000 square foot arena will be home to Rodeo Rapid City, Black Hills Powwow, Lakota Nation Invitational and countless other sports and entertainment events. Officials indicate the arena design features intimate seating with the majority of the seats located on the facility's south and west ends.  Other features of the multi-purpose venue will include the flexibility to host end stage and center stage concerts, family shows, circuses, basketball and large-scale wrestling tournaments, as well as open-floor exhibitions. Both the upper and lower levels will load from one main concourse, creating a dynamic gathering area for event goers. The design caters to the next generation of fans, featuring open and transparent concourses, additional social spaces within view of the action, and a variety of experiential and premium seating options.  Additional operational efficiencies include vastly improved load-in/load-out capabilities that will allow the facility to accommodate a wider variety of concerts and shows.

Rushmore Plaza Civic Center officials have worked closely with the project’s architectural firms, Perkins and Will and JLG Architects to create and approve design and development concepts while remaining committed to the $130 million project budget.   Mortenson Construction and Scull Construction will begin work on the project, which is located on the west side of the existing Rushmore Plaza Civic Center, this fall.

“We’re just months away from seeing big changes at the Civic Center,” said Executive Director Craig Baltzer. “These plans reflect the commitment of city officials and the generosity of the citizens of Rapid City to build a modern sports and entertainment destination in the heart of downtown.   This new arena will represent our city and region in a way that we have not seen in a number of years and people will be amazed at how well this new venue enhances the experience for all our guests.”

Officials anticipate an official groundbreaking for the new arena around November 1 with facility completion scheduled for Fall of 2021.

(RAPID CITY, SD – May 3, 2019) – M.A. Mortenson and Scull Construction Service, the Construction Manager at Risk (CMAR) for the Civic Center Arena Expansion Project are holding a Contractor Forum, Wednesday, May 22nd at 4pm in LaCroix Hall.

This Forum is open to all contracting firms that are interested in serving on the project in a sub-contractor capacity.

"A project of this magnitude is going need all hands on deck, and this Forum is a great way for local contractors to learn about how they can get involved.  It also happens to be an unofficial kick-off to the construction phase of this project, which we cannot wait to get started." said Civic Center Director Craig Baltzer.

Any questions about the Forum can be directed to Jake Losett of Scull Construction at [email protected] or 605-342-2379.

The Rushmore Plaza Civic Center is pleased to announce the selection of our Citizen Design and Operation Committees.  We believe that these groups represent diverse perspectives, expertise, affiliations, and experiences.

We received a high number of applicants to serve on these committees and are excited by the enthusiasm of those selected:

The Committees will begin their work right away with their first meetings slated for November.  They will be providing important feedback on the potential design and operation elements to be included in the new building.

"We were thrilled with the response from the community and surrounding areas.  These committees will have a strong voice as we move forward on this project and we look forward to hearing what they have to say," said Civic Center Director Craig Baltzer.

Any questions about the committees can be directed to Priscilla Dominguez, Director of Corporate Sales and Marketing at 605.394.4115 or [email protected]